We are excited to introduce you to the newest member of our protection dog team. Meet Poly (named for our beloved alma mater, Cal Poly SLO); a 9 week old Akbash who comes from a long line of distinguished flock guardians. 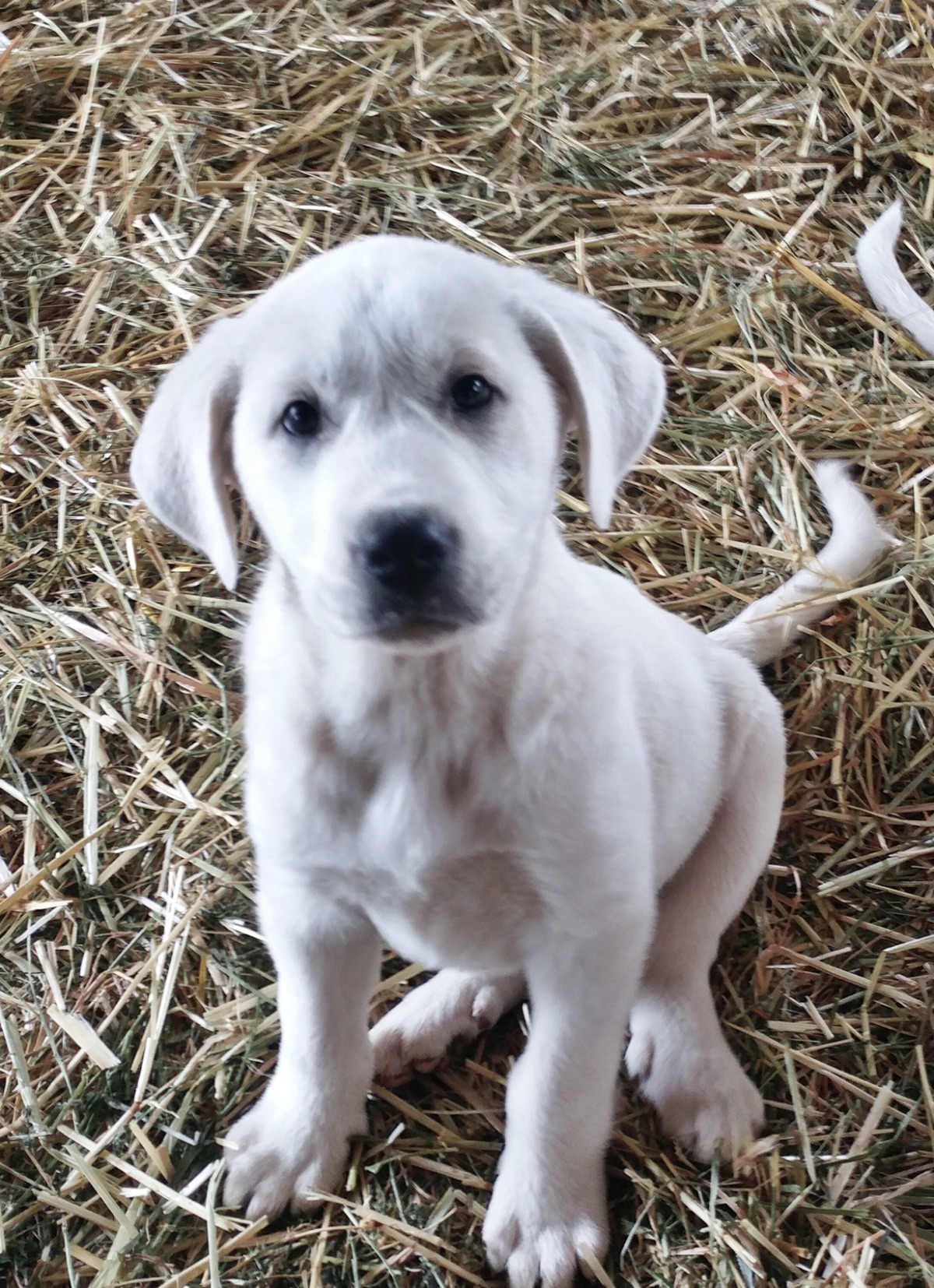 Akbash dogs are an ancient breed used for centuries to guard livestock in Turkey. These large white working canines spend their lives in the field mingling in the midst of the flock. Their keen sense of sight, hearing, and smell make them a formidable deterrent to would-be predators (in our area mostly coyotes) that prey on lambs.

To that point, before our senior protection dogs Zeus (who died earlier this year), Salty, and Pepper joined the flock, we lost many lambs to coyotes. But since introducing these guardians to the field, we haven’t lost any sheep where the dogs were on watch.

Soon, Poly will see the sheep as one of her own, and will defend them against any potential threat as such. In a couple of months she will gradually transition from the enclosure to the open field where she will live 24/7 with the flock alongside her fellow protection dog companions.

Most days our dog team can be found lying with or near the flock, and often interacting casually with the curious lambs. 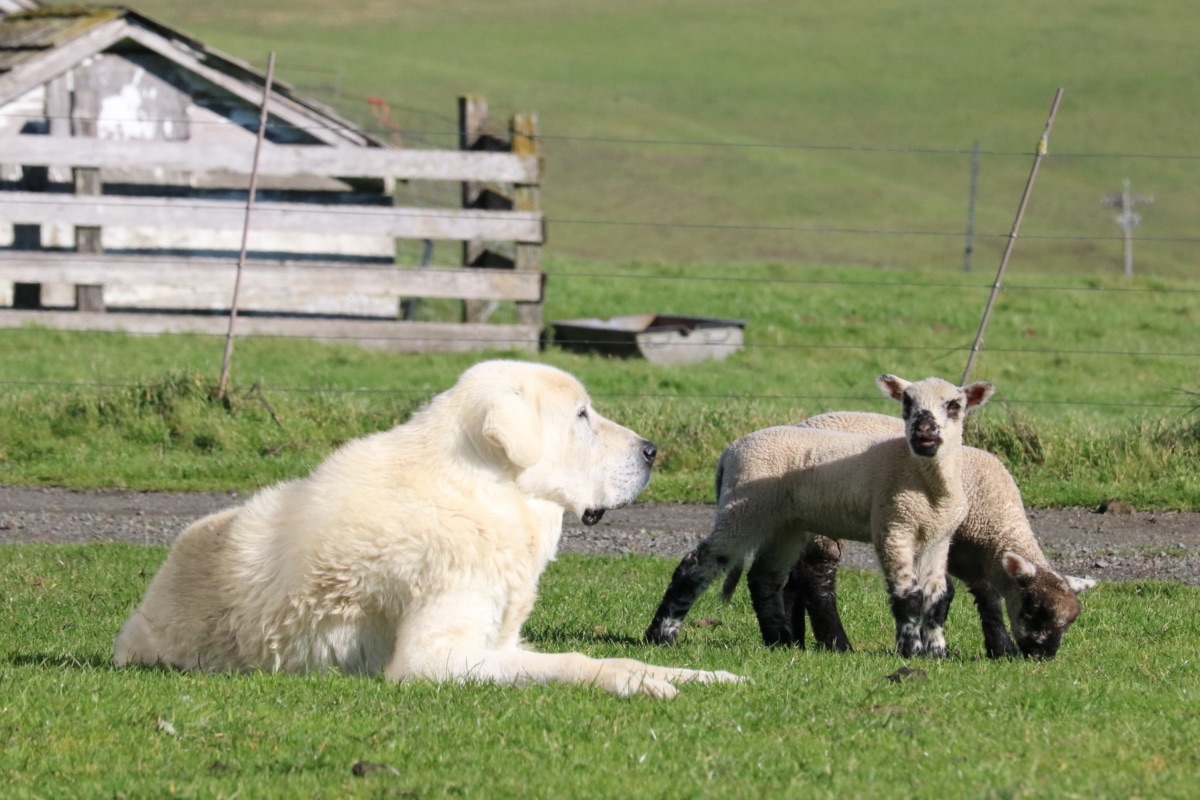 They regularly patrol the perimeters of the field where the sheep are grazing to mark the territory and discourage predators. When alarmed they move swiftly to challenge a threat.

Congratulations to Anita Starchman-Bryant and Justin Kerr who were the first to suggest we call her Poly (for our Alma Mater Cal Poly!) in our puppy naming contest on Facebook and Instagram. We are excited to have our new working dog in training on board.

Akbash are born with a natural maternal instinct to protect young animals. They bond to whatever they are raised with, which is why Poly will spend her first months on the ranch sharing an enclosure with several ewes and lambs. During this time, Salty will join her off and on to teach her the ropes by example. 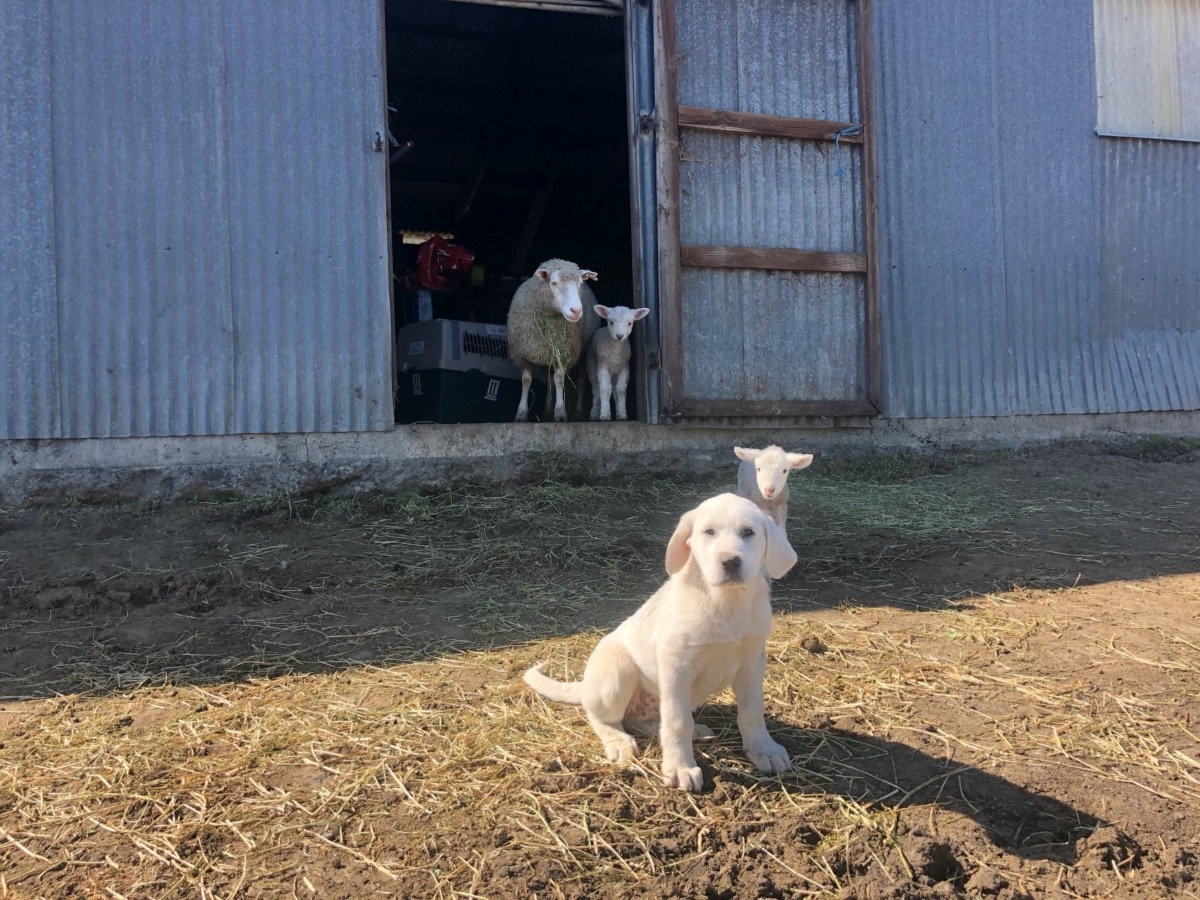 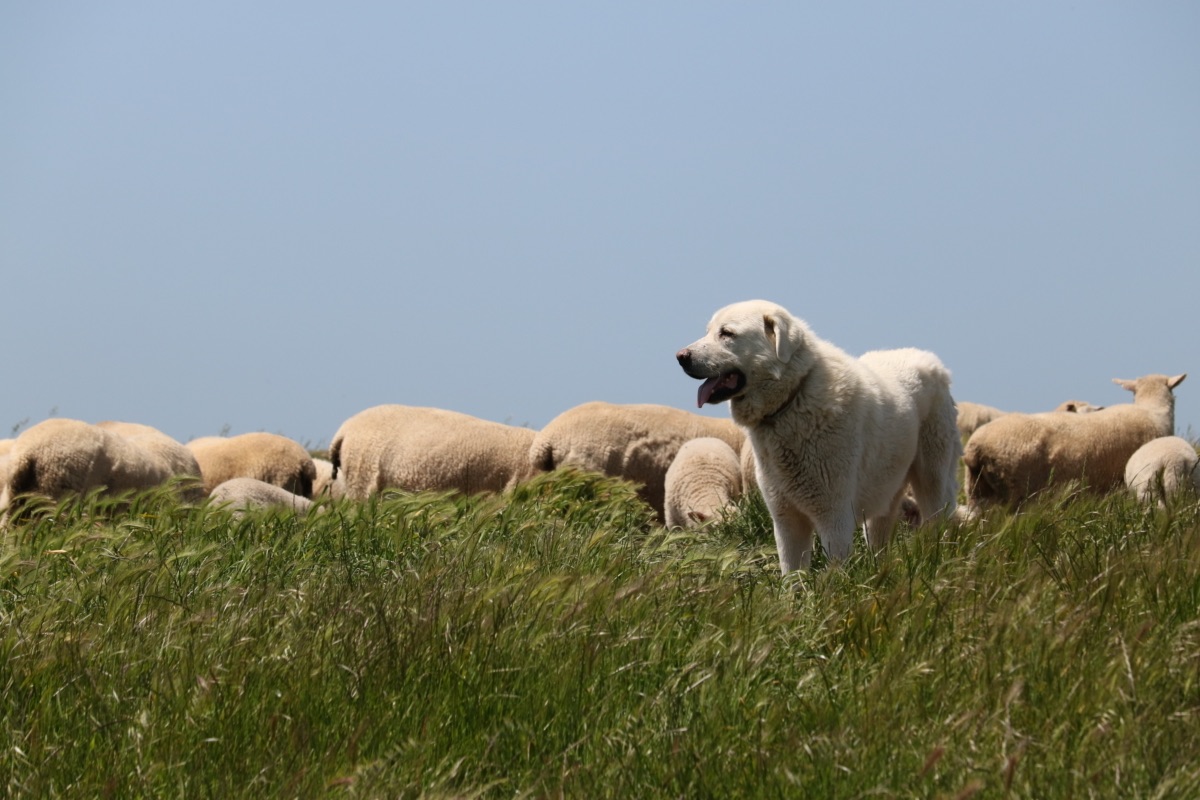