SHIPPING: Last day to order before the Holidays is THIS SUNDAY DEC 11th at MIDNIGHT! Fall is a busy time on the ranch. It's calving season, and our "first calf heifers" have been dropping their newborn babies in the fields. These two-year-old angus females were bred last November through January to "calving ease bulls" that possess specific predictors for producing smaller babies. Their calves will have an average weight of 55 to 75 pounds at birth--which makes delivery easier for these first-time mommas. In the last month we've welcomed more than seventy of their calves to our herd!

Next up are the mature cows that started delivering in early September and usually finish around the beginning of November. This year our mature females will have their calves later than usual (into January and February) thanks to heavy rains late last fall that threw off their breeding mojo. These cows have been mommas before, and will produce larger babies weighing between 70 to 95 pounds at birth. Since the beginning of September, fifteen calves have been delivered by these seasoned veterans. Two sets of twins were born as well (roughly 2%-5% of births will be multiples). 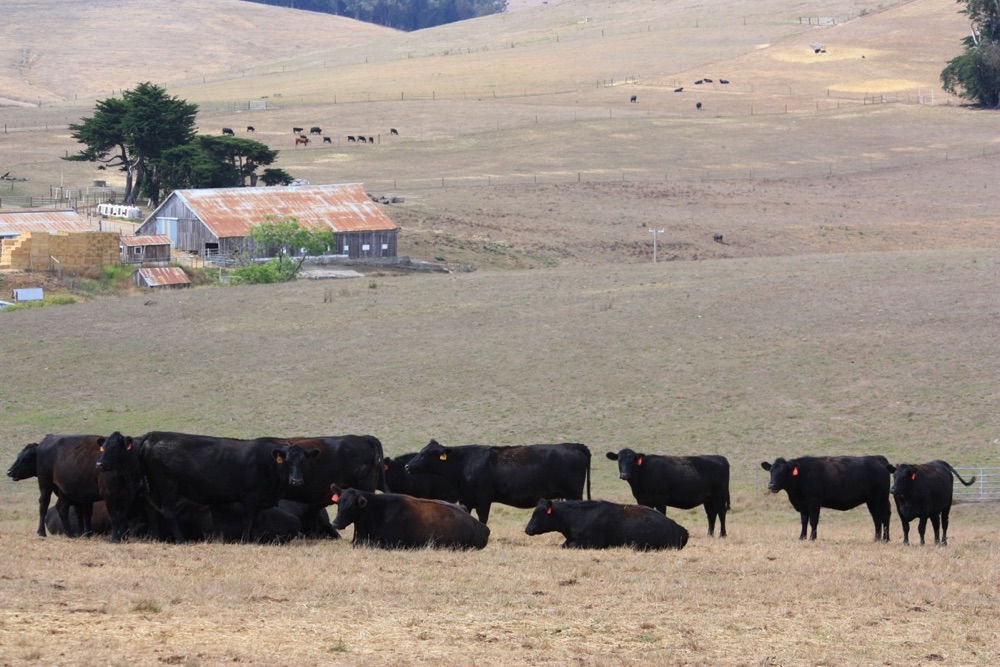 Cows gestate for 283 days before giving birth, which is just about the same as a human's nine month waiting period. Our pregnant females roam free-range together and give birth in open pastures. Every morning and evening we go out into the field to make sure cows and new calves are doing well, and to check on animals in labor that might need additional "midwife" assistance. It's quite the nursery around here!